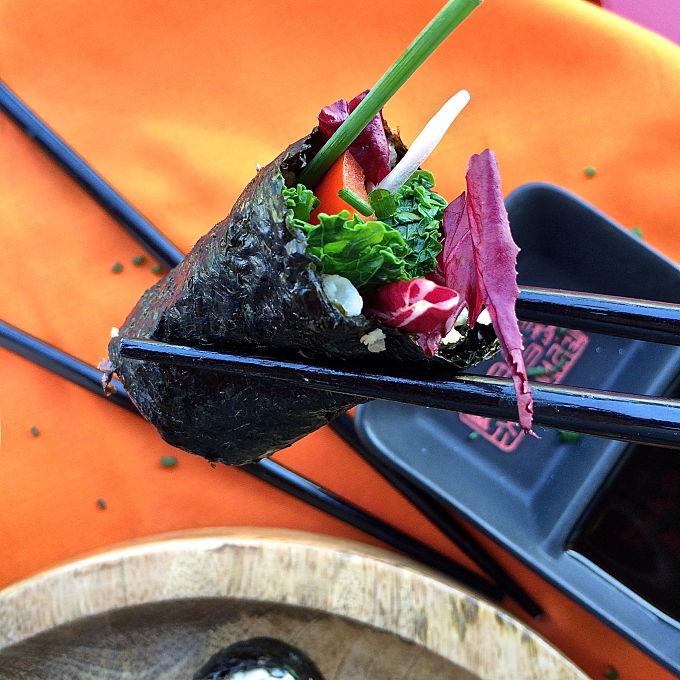 So now, cauliflower is cool… I mean, it was probably the one thing I couldn’t stand at school, back in the 80’s, in a stinky London, private school dining room, dark and musty… lingering smells of oil, fat, custard… and boiled cauliflower… yes… And now that the beautiful white bouquet has suddenly overtaken the kale craze. I’m saying YES to it because it’s really not so bad, because we’ve found ways to like it and make it taste pretty darn good… and here’s one of them. 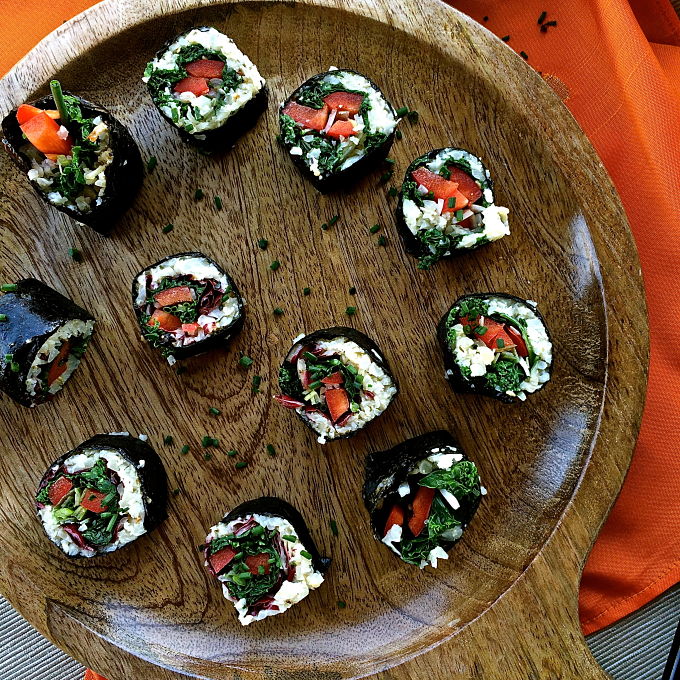 Roast in the oven for 5-8 minutes, until you just see it turning a light golden brown. Then stir and smooth out again. Remove from the oven and while it’s still warm, sprinkle about a tablespoon of mirin or sushi rice vinegar all over, and a teaspoon of soy or tamari and mix. Set aside to cool down.

Lay your nori sheet flat on your work surface.
Spread some of the mayo sauce over the sheet.
Scatter the cauli rice over the sauce, on the side closest to you, just covering a little less than half the sheet, pressing it and packing it down firmly.
Assemble your choice of veggies over the caulirice, lengthwise across.
Using a knife press the ingredients down as you fold over the edge closest to you. Wrap snugly toward the edge furthest away.
Repeat with additional rolls. Cut rolls in half, then again and so on until you get 8 pieces or eat whole, serve with soy sauce or tamari. I got 6 rolls from 1 sheet of nori.

You can make these a few hours in advance, wrap tightly in cling wrap and store in the fridge. I wouldn’t make them the night before though as they would get too soggy.

Recipe and Photos by Anjalina Chugani